David Bäckström is a Swedish entrepreneur based in Barcelona for twenty years, who has created a few dozen companies -including Telemedicine Clinic and SeQura- and yet maintains a discreet, under-the-radar profile.

Bäckström has joined us for a Business Break Lunch in which he shares his vision of the ecosystem, entrepreneurship, and some tips from his experience. We leave here a summary and the link so that you can retrieve it and enjoy the conversation.

In the late 1990s, David Bäckström founded a price comparison company in Sweden that expanded into the United States and Spain. “I could choose where to live and I chose Barcelona: it was always clear to me that I didn’t want to live in Sweden,” he explains. When Lycos bought the company, Bäckström opted to stay in Barcelona and become an entrepreneur. “I didn’t speak Spanish or Catalan, no one would have hired me. And I had to figure out how to stay, what I could bring to the market,” says the co-founder of Telemedicine, a company that now employs more than 600 doctors and is based in Barcelona. The company put diagnostic imaging innovation at the service of hospitals that otherwise could not have access to new technologies. He highlights the opportunity of the moment: broadband was being developed, which allowed images to be sent. And, also, the innovation: they rented the 22nd floor of the Mapfre Tower in Barcelona, so the radiologists, usually locked in the darkest parts of a hospital, could suddenly work with a view of the sea. An unbeatable resource for attracting talent.

Backstrom left Telemedicine in 2011, and while thinking about what to do next, and working with the Intercom group, he discovered Klarna (now a Swedish unicorn), which brought innovation in payments systems. “The proposition has more value in southern markets, where people are less trusting,” he observes. Thus SeQura was born. “I really like working on transforming big opportunities, where there is a paradigm shift: the energy there is in competing with the big guys.” As a former elite handball player in Sweden, “I like to compete”. The change that fintechs bring to traditional banking, he says, is that “they change the relationship with the user, they treat them like a service company does”.

David Bäckström highlights the emotional cycle of entrepreneurs: “it is unavoidable, but it is important to be aware of it in order to manage it”.

Bäckström says this cycle is what happens to all entrepreneurs. “You have to understand emotions and expectations in order to manage it,” he concludes.

David Bäckström has raised more than 25 rounds, between 25 and 50 million and more than 200 million in debt, and he has his critical view of the investment world.  “Often you don’t need as much money as it seems. There is a feeling that big rounds are synonymous with success. But that’s self-delusion. Being short of resources helps,” he says.

On teams, Bäckström observes that “when you start a company everything goes very fast, and teams get burnt out. And when the business starts to do well and scale, the teams are exhausted. It is important to manage the strengths and emotions so that the team is strong when the company needs it”. His recommendation is that there should be space in the entrepreneur’s life for other things, such as sport or friends.

In the 1960s, Sweden applied a policy of investment in R&D that led to the growth of leading companies such as Saab, Volvo, H&M, Ikea, among others. There are many leading Swedish multinationals. And then there have been unicorns like Skype, Sporify, Klarna. “In Sweden we have always seen big companies as something natural. That is something that is lacking in Barcelona: self-esteem, the belief that big projects can be carried out here”. In this sense, he considers Barcelona to be “like Apple: a product that can always be improved, but which is very well positioned”. On this point, he adds that “the quality of life is unbeatable: the beach, the mountains, the infrastructures, sport. It is a great market with an ecosystem that has been transformed in recent years”.

TB Members Calling #48 | Pere Rosales: “To lead is to be at the service of people, and not the other way round.” 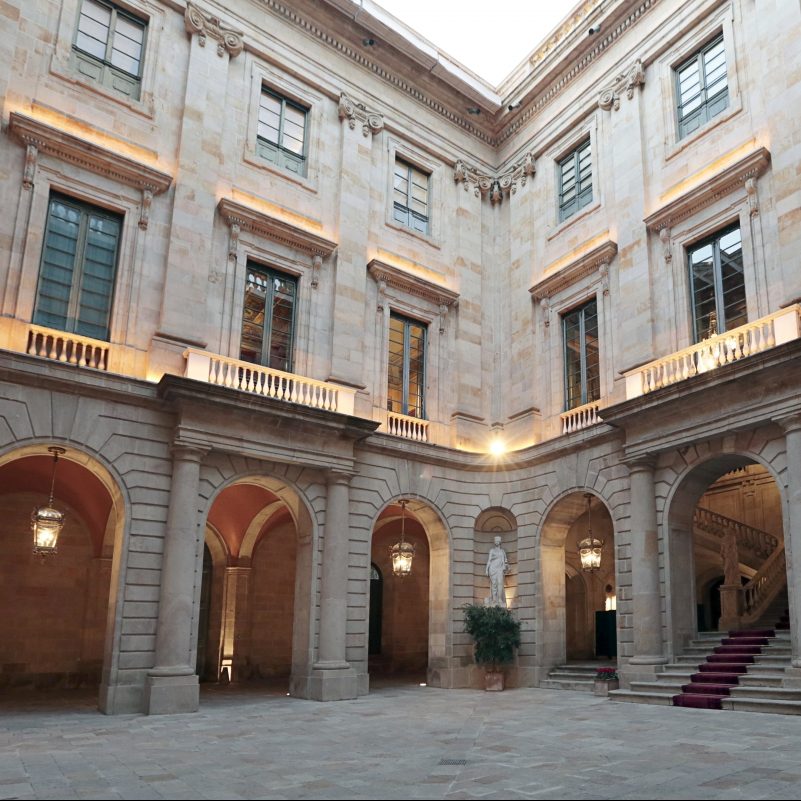 TB Members Calling #48 | Pere Rosales: “To lead is to be at the service of people, and not the other way round.”